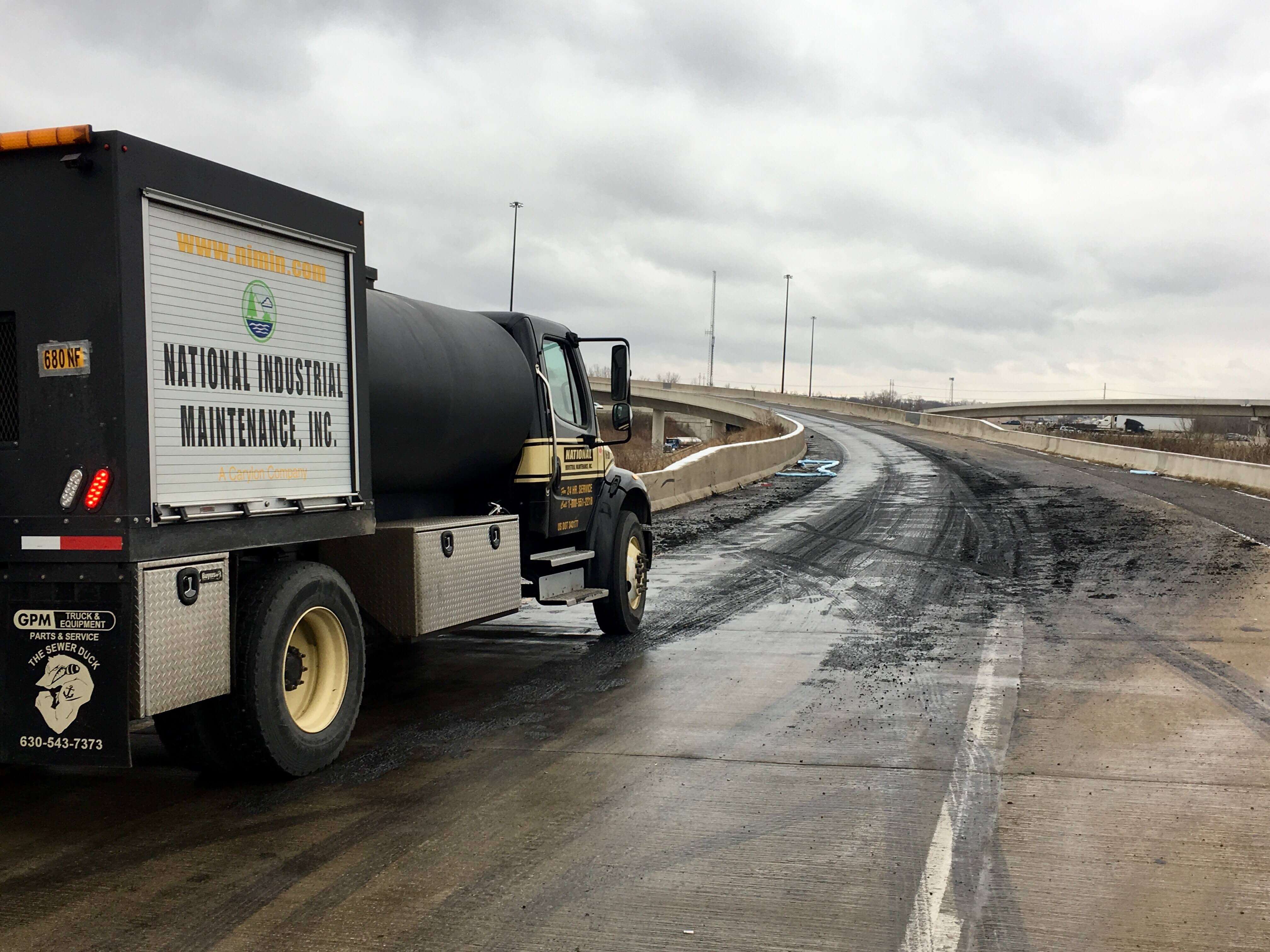 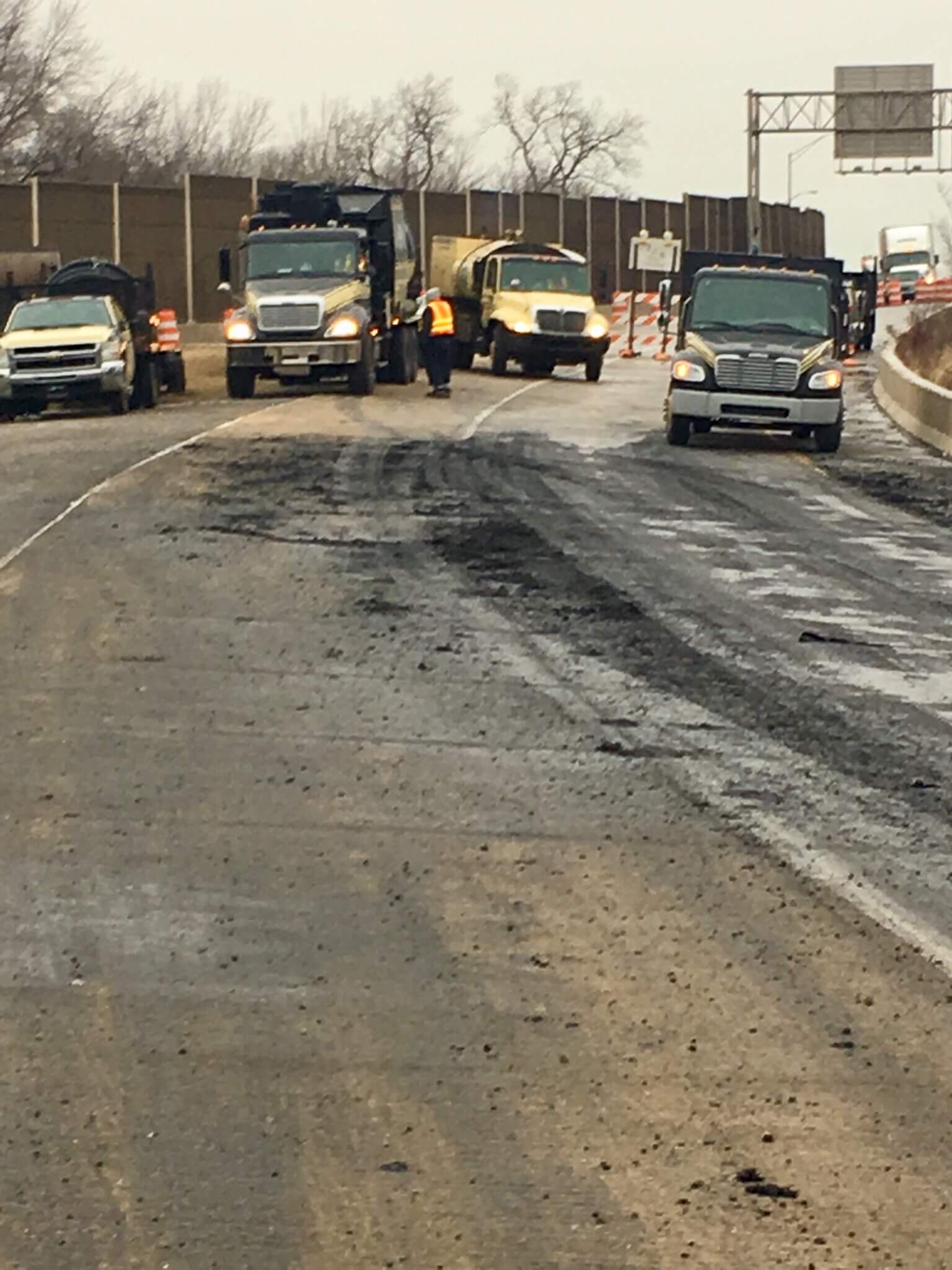 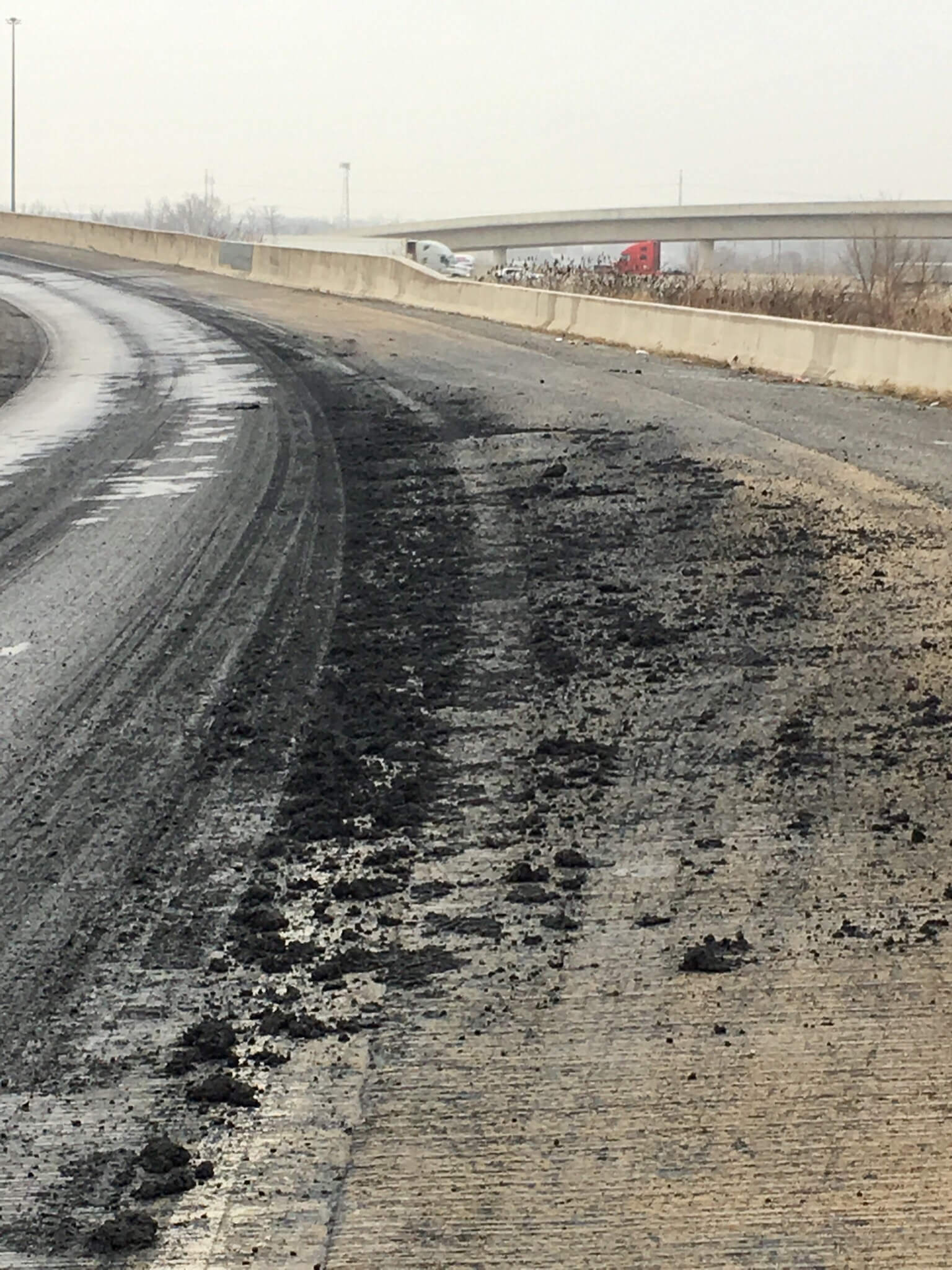 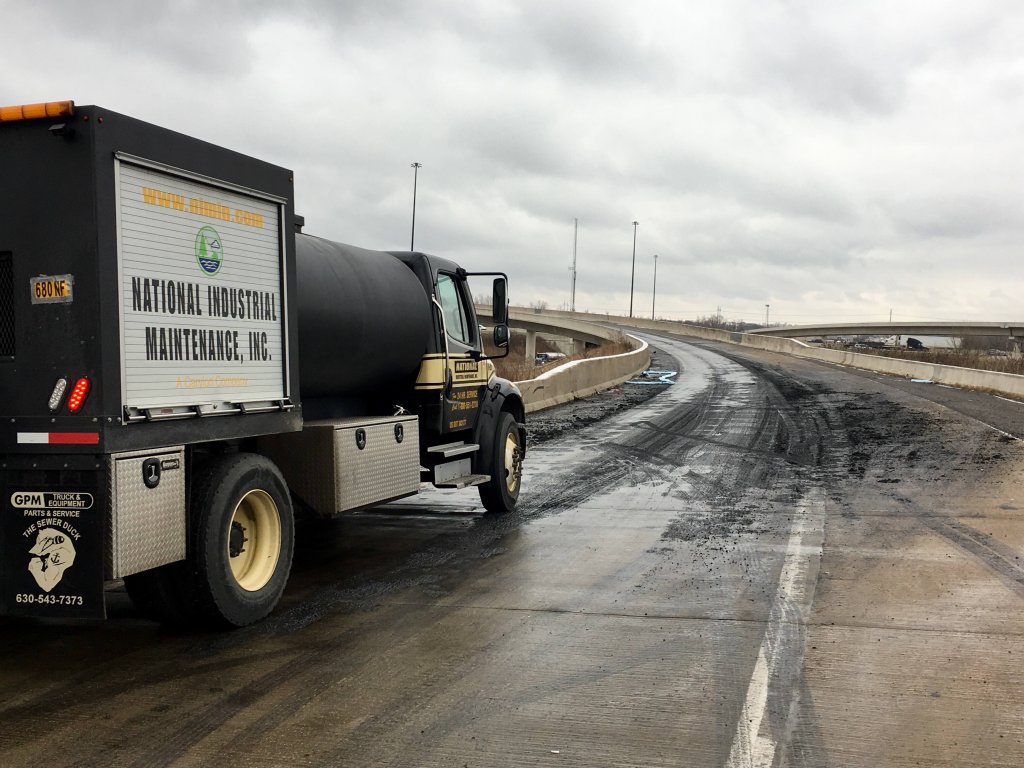 The following article about NIMIN’s highway clean-up was initially posted at NWITimes.com.

EAST CHICAGO — The southbound ramp from Cline Avenue to eastbound Interstate 80/94 will be closed for as long as a week for cleanup of a Wednesday morning spill that covered a portion of the ramp in an organic industrial lubricant.

The cleanup is being done by East Chicago-based National Industrial Maintenance. Company Vice President Mike Mears said the pig-fat-based material is nonhazardous, but “it’s like a petroleum-based liquid. We have to make sure we get it up so it doesn’t make a sheen, to ensure it doesn’t become a slippery surface.”

Mears said 20 employees were working at the site Wednesday, blasting hot water onto the substance to loosen it from the road, then vacuuming it up.

“We’ll have crews working around the clock,” he said. National Maintenance does work for ArcelorMittal and its subsidiaries, Mears said. He said the truck carrying the lubricant was coming from the mill.

The Indiana Department of Transportation announced the closure Wednesday afternoon. INDOT, which is required to recommend detours using only state roads, suggested motorists take the southbound Cline exit to westbound I-80/94, then exit to southbound Indianapolis Boulevard, turn around and return to eastbound I-80/94.

The interstate also has a local exit at Kennedy Avenue, and motorists might choose to continue on southbound Cline to eastbound Ridge Road.

Back to News & Events